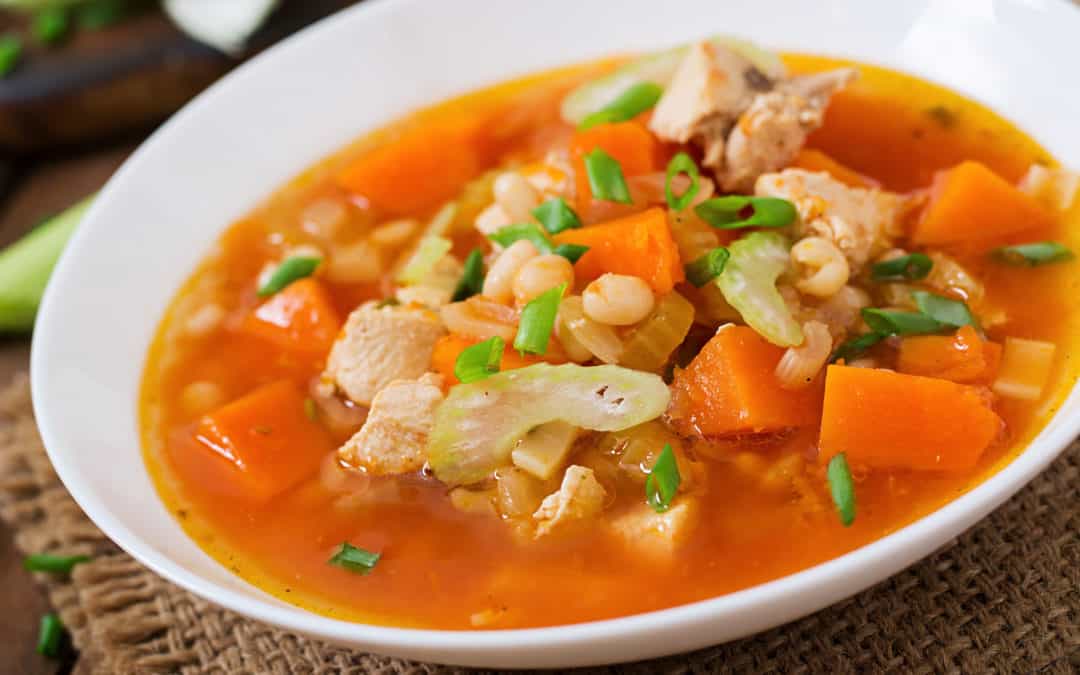 One of my favourite foods is chicken soup. I could eat it plain with no flavouring, add some carrots and onions and no salt and I’ll be fine. But often chicken soup is served on a bland, white table cloth and isn’t really flavored. Don’t despair. There are lots of ways to perk up the taste of your chicken soup.

Simple chicken soup. This is the best way to get that great flavour in your soup. Just use whatever you have on hand: vegetables, chopped onions, garlic, salt and pepper to taste. You’ll get a better balance of flavours and a higher fat to fibre ration.

Use stock instead of water. Stock is simply vegetables and chicken soup in one. Instead of water, use vegetable or can juice broth. This changes the recipe dramatically and makes this very much a comfort food, not just a chicken soup.

Try lemon. Lemon gives chicken soup a zesty lemony flavour that goes wonderfully with the vegetables. Lemon juice can be bought from any supermarket, health food store or even online – it’s a lot cheaper than buying a bottled variety. A cup of freshly squeezed lemon juice added to the recipe will change the whole dish. Lemon is also a potent healer, so adding a few fresh sprigs of garlic to the soup can help if you’ve got a chicken soup allergy.

Chop up the onion finely. Thinly slice the onion to remove the sharper edges. Add this to your chicken soup recipe along with the carrots and celery. Also add some garlic and thyme, if you’re going to add these items later.

Season your chicken soup with salt and pepper. When cooking, always add the salt and pepper to the recipe wherever you see it. It’s better to have the seasoning in larger quantities than you think you need, because you’ll probably add a lot more to the recipe than you really need. Small amounts of each seasonings go a long way. You can see which seasonings you need by sprinkling them all over the pan before putting the lid on the pot or sauce.

Serve hot. The chicken soup is delicious as it is, but it would be even better if it’s served warm. For that, simply heat some olive oil on the stove and cook the pasta and vegetables. Then serve up the chicken soup, which is fine by itself, or with some pasta salad, which is even better. Either way, this dish will keep you coming back for seconds, thirds, and fourths – assuming you want to experience that kind of chicken soup!

If you are serving it cold, cut the noodles into small pieces. In a large bowl, combine one whole can of whole milk, one tablespoon of each salt and black pepper, and two cups of dry pasta. Put the chicken soup into a saucepan and bring to a boil over medium heat. Reduce the heat and add the pasta and reduce the heat again, covering until the chicken soup is done. Leave to cool and then serve.

To make the hot broth, combine two cups of dry chicken broth, a can of tomatoes, one whole cup of chopped celery, and one whole cup of dry mustard. Also add a pinch of each of oregano, thyme, parsley, and Rosemary. Bring to a boil, and simmer until the soup is done. Discard the kidney beans if using them and add salt and pepper to taste.

To help with preservation, add two tablespoons of either white vinegar or lemon juice to the pot along with enough cold water to cover the noodles. Allow the noodles to soak for about ten minutes, then drain them and cut them into three pieces. Place the cut pieces in a bowl and add one cup of each of white wine and Worcestershire sauce. Stir to combine. Leave to cool slightly and then serve. Garnish with parsley and your favorite cheese.